It’s snowing outside and the decorations are now up, but Mr Fox, the fox pups and the dastardly leprechaun are all back for Christmas in this slick follow-up to the original smash game. Get into the festive spirit and run around the mansion trying to pick up some seasonal wins. 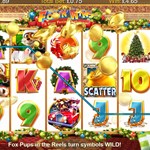 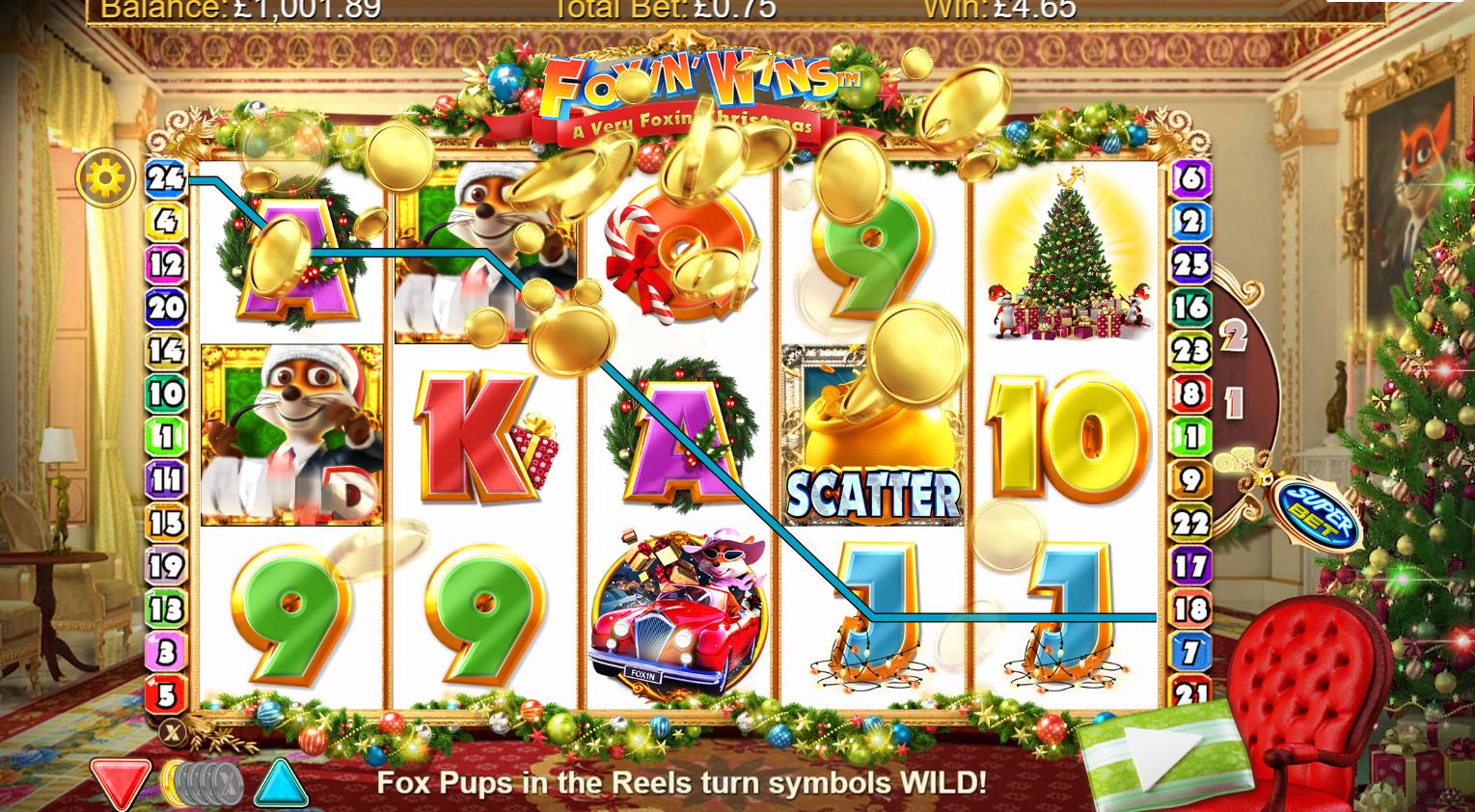 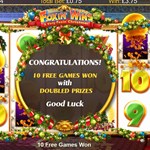 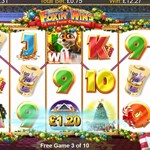 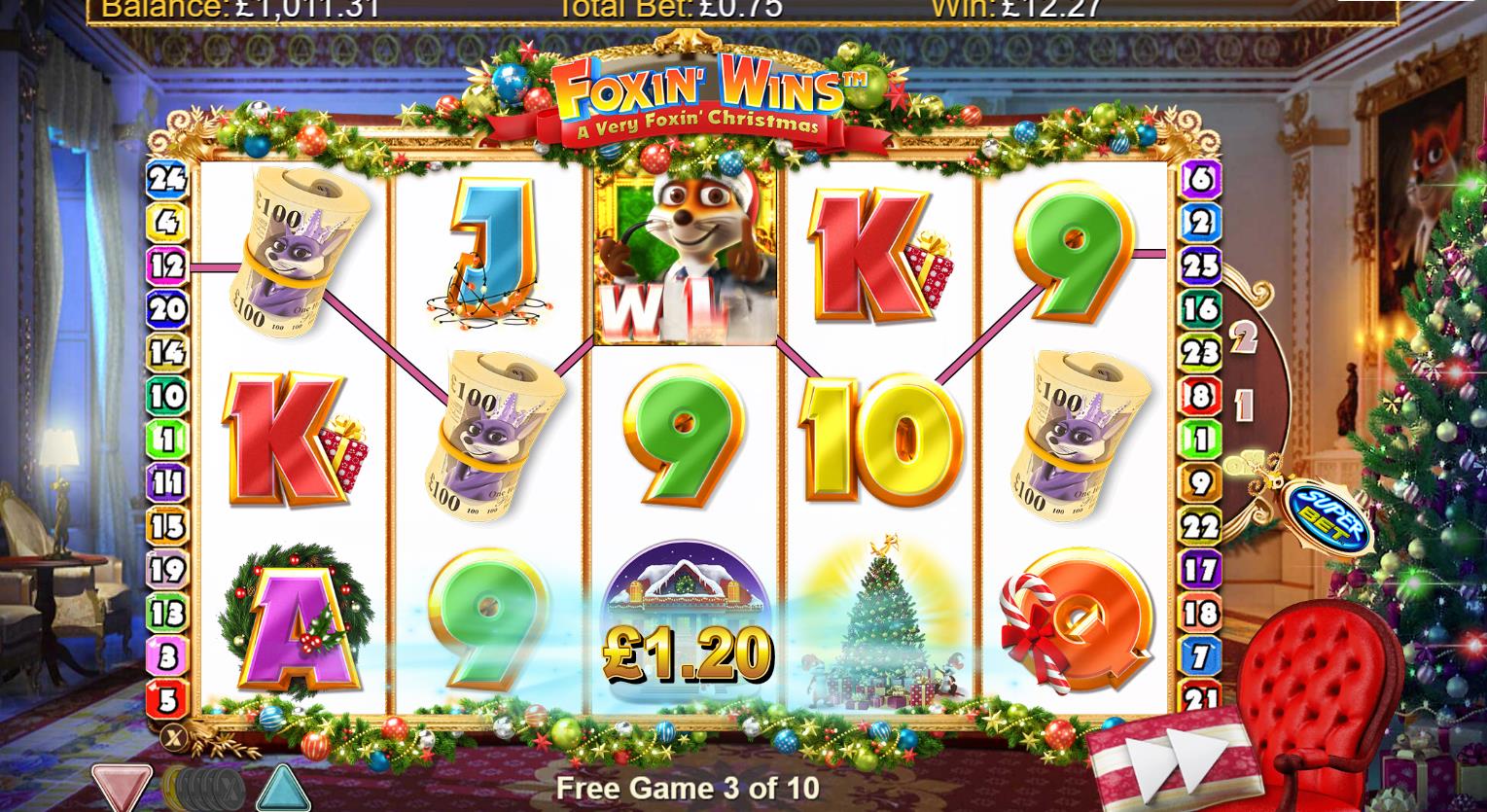 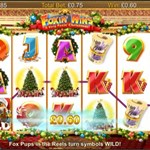 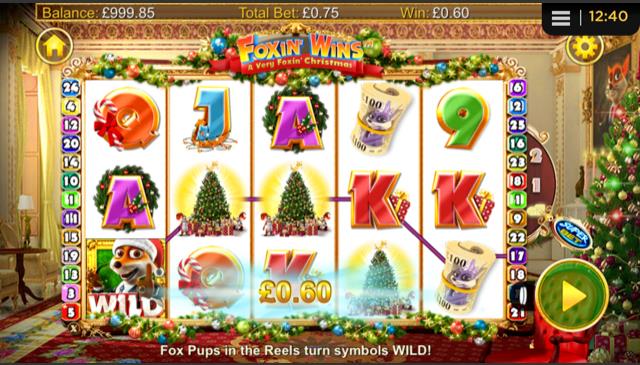 Why You Should Play Foxin’ Wins – A Very Foxin’ Christmas

The original ‘Foxin Wins’ game had virtually everything you could want from a slot – smart graphics, a cunning star, a wicked sense of humour and lots of exciting bonus rounds. Play it at Christmas, though, and you might appreciate a bit more of a festive feel. In this sequel from NextGen, the manufacturers have not tweaked a successful formula too much but they have given the famous mansion a lick of paint, hung up some tinsel and laid on the candy cane. There is a quirky mix of the ornate and the festive, but all the symbols are still beautifully crafted. The game itself remains the same, with a neat soundtrack playing in the background as you spin the reels and a host of great features.

Choose the size of your wager before you start the game. Use the red down arrow and the blue up arrow to set your total bet, from a minimum of £0.25 to a maximum of £625. Tap the play button (the green cushion) when you are ready to start, or use the settings icon to choose autoplay. You can also find all the information you need about winning symbols and all the different features.

The Wild symbol is an image of Mr Fox wearing his Santa hat. He will substitute for all other symbols apart from the Scatter to form winning combinations.

Press the Superbet button to the side of the reels to access this additional wager. If you keep it off, there is a random chance that fox pups will appear on the third reel and turn a position wild. If you choose Superbet 1, it will cost you 10 extra coins but the fox pups are available in reels two, three and four. If you opt for Superbet 2, it will cost an extra 15 coins on top of level one but the fox pups are in all five reels.

The Scatter symbol is the pot of gold, and when at least three of them appear it will activate 10 free spins. Fox pups appear more frequently during this phase, all prizes are doubled and you can also trigger more free spins.

This is a random bonus which can be awarded after any win. The leprechaun will run across the screen and Mr Fox will give chase. If he catches the leprechaun, he will turn him upside down and prizes will be awarded as money falls out of his pockets.

Fox Funds is a randomly-activated feature which will see instant prizes awarded.