Visually vibrant and crammed full of bonus features, Cleo’s Wish is a beautiful slot game from NextGen which transports you to the heart of ancient Egypt. Can you unlock the treasure chest among the pyramids and make your own wish come true? 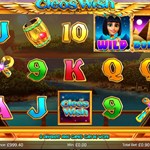 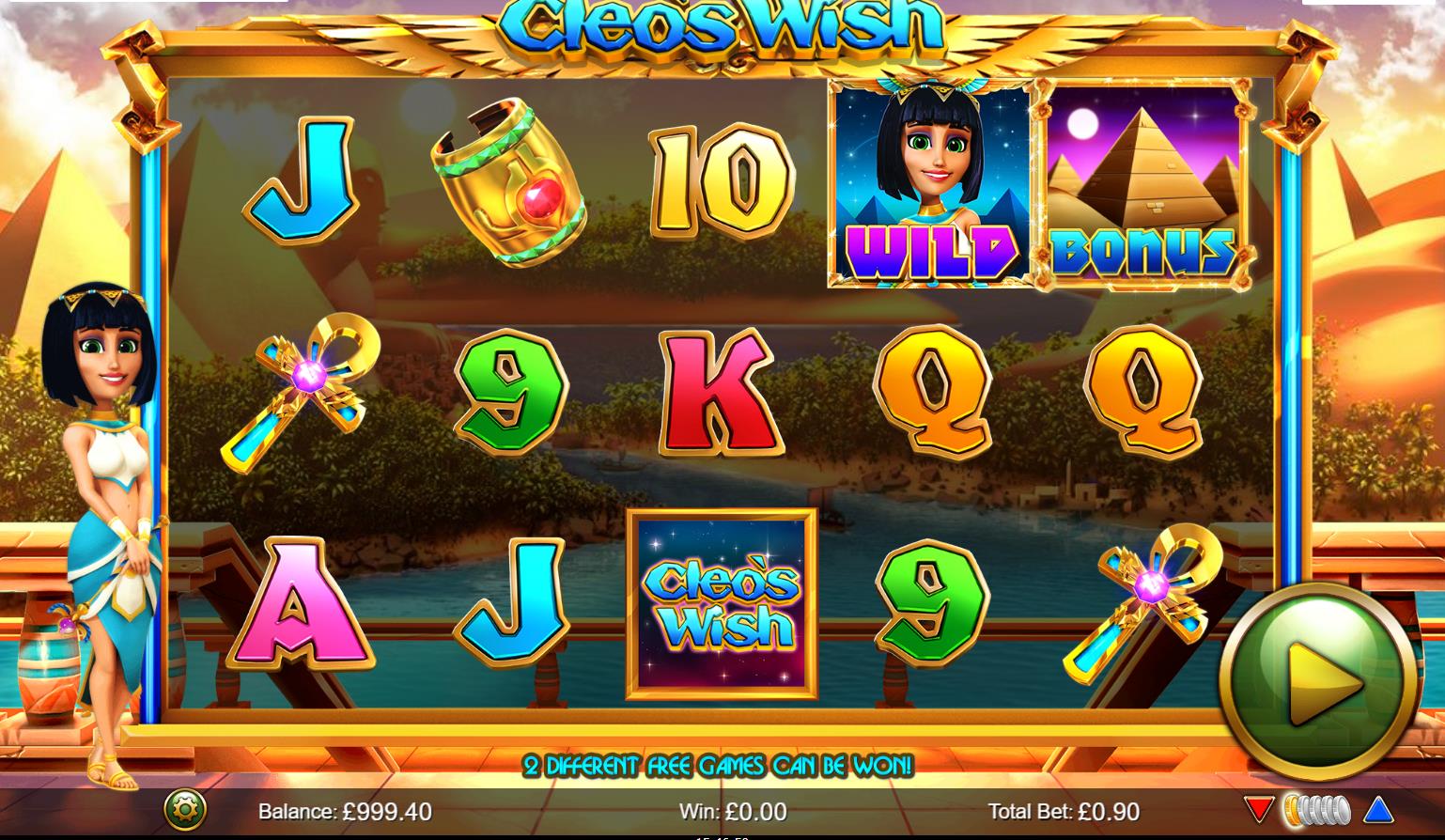 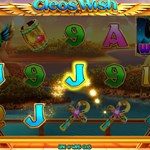 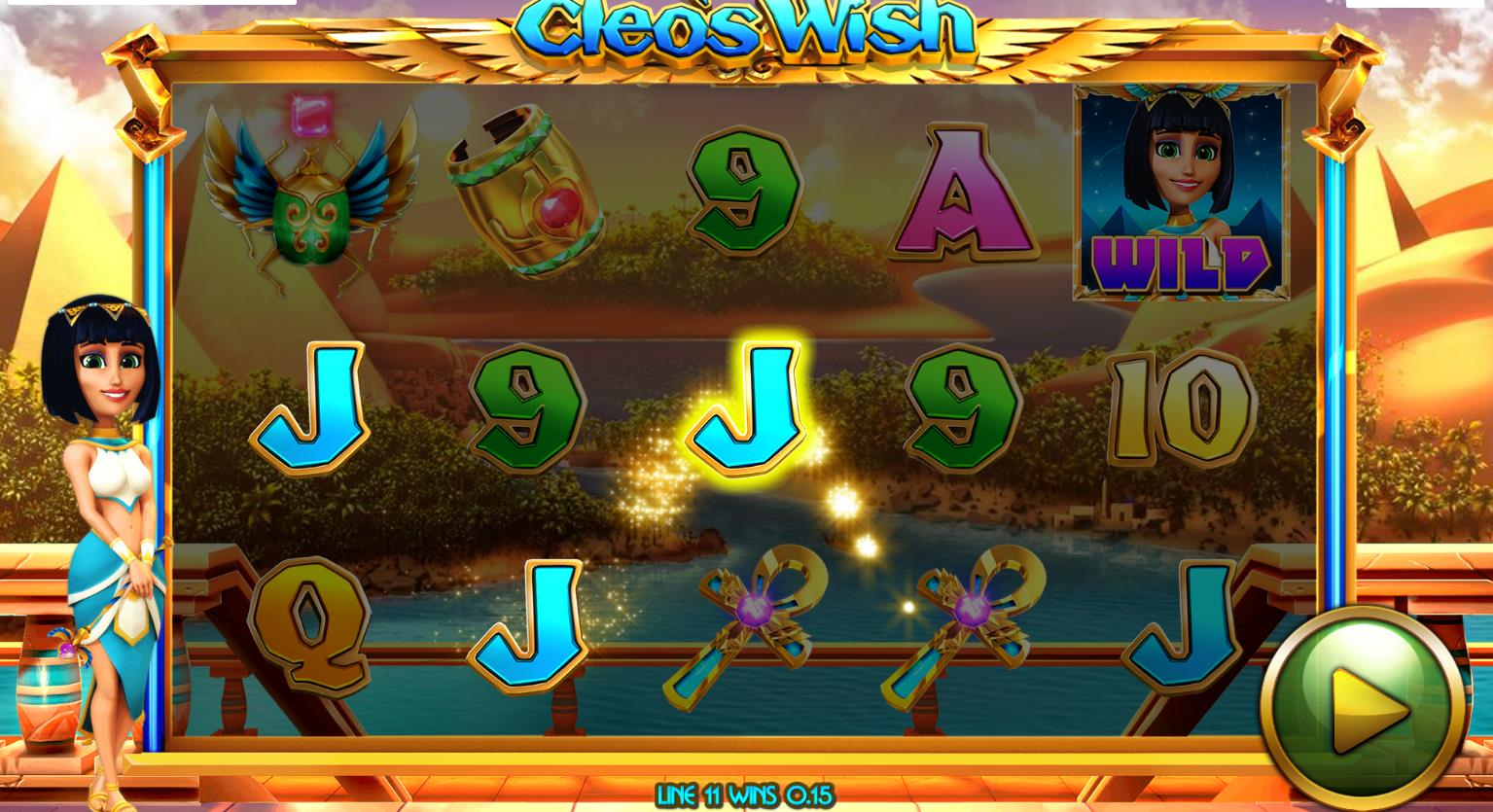 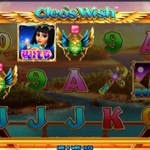 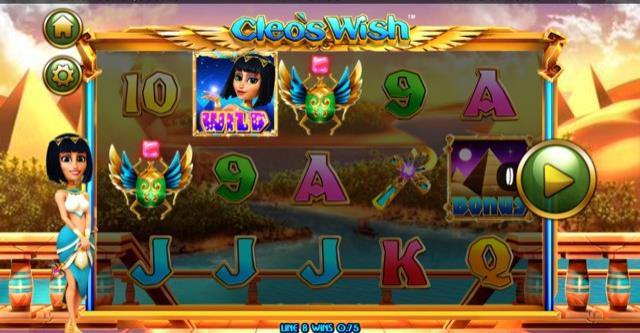 Travel back to ancient Egypt with the legendary Cleopatra

Why You Should Play Cleo’s Wish

Ancient Egypt is a theme which has more than its fair share of slots, but Cleo’s Wish stands out from the crowd due to its stunning graphics. The background is simply sumptuous, showcasing a fertile riverbank lined by pyramids. Ships can be glimpsed charting their way through the clear-blue water, while the bright desert sand and greenery of the vegetation also add to the explosion of colour. Cleopatra, classically dressed in scanty attire well suited to a scorching day, stands on a balcony by the reels and also features among the well-designed symbols. There is plenty of imagination about the gameplay, too, with lots of fun bonuses and the potential to pick up some considerable rewards.

Decide on the size of your wager before you spin the reels. Just hit the red ‘Bet Down’ button or the blue ‘Bet Up’ button to adjust your amount between the minimum £0.30 and the maximum £30 per spin. The line of coins between the two arrows doubles up as the ‘Max Bet’ option if you want to automatically go with the highest available wager. Press the large play icon to set the reels spinning, or select the wheel to discover more options, including the Autoplay feature and information about the game’s winning paylines and features.

The Wild Symbol is a smiling Cleopatra, who also performs a star-catching trick in a neat little animation whenever she appears on the reels. The Wild Symbol replaces all others, apart from the Scatter, to form winning combinations.

The Scatter Symbol is the image of the pyramid labelled ‘Bonus’. If you land three of these anywhere on the first, third and fifth reels, you will move onto one of the following free spins rounds:

Eternal Riches - You will be awarded from five to 10 free spins. Any Wild Symbol or Scatter Symbol that appears will then add up to 3 to the Super Spins win Multiplier, and you can trigger even more free spins. You will play the Super Spins at the end of the round, and wins will be multiplied by the number you managed to collect. The Spin Meter will be turned to determine how many goes you are given.

A randomly triggered feature where up to five reels will become completely wild for the next spin.

Wild symbols will be added in random positions.

Another random base game modifier, with all high value symbols transformed into a matching one.