Roll up! Roll up! The circus has come to town! Feel the magic up close in Buster Hammer, with spine-chilling attractions, performing animals, hammer-wielding bald men and more. The greatest show on earth is right on your doorstep, so let Buster flex his muscles and wow the watching audience with a dazzling display of acts. 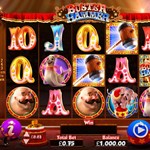 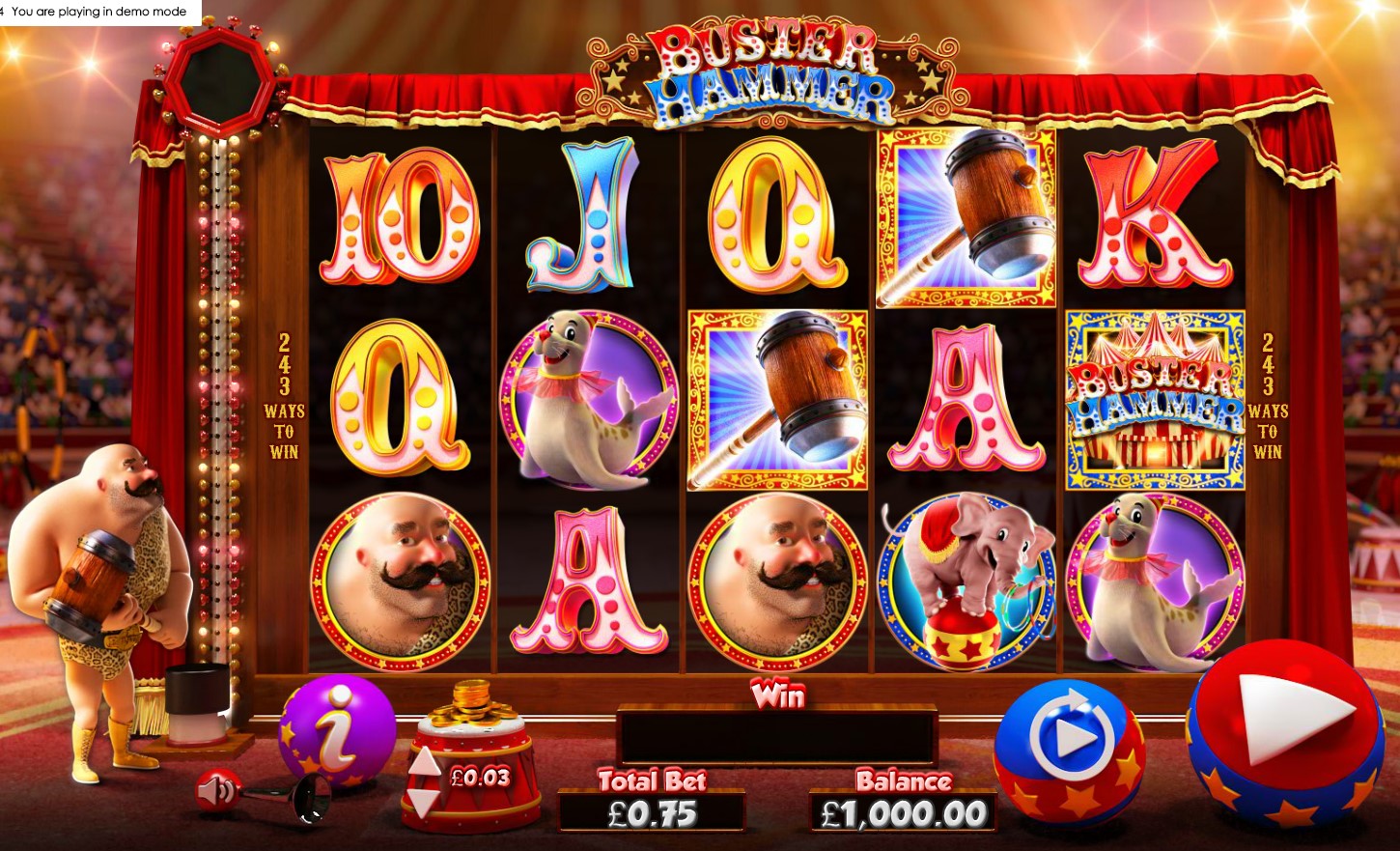 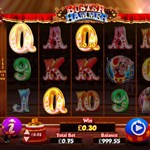 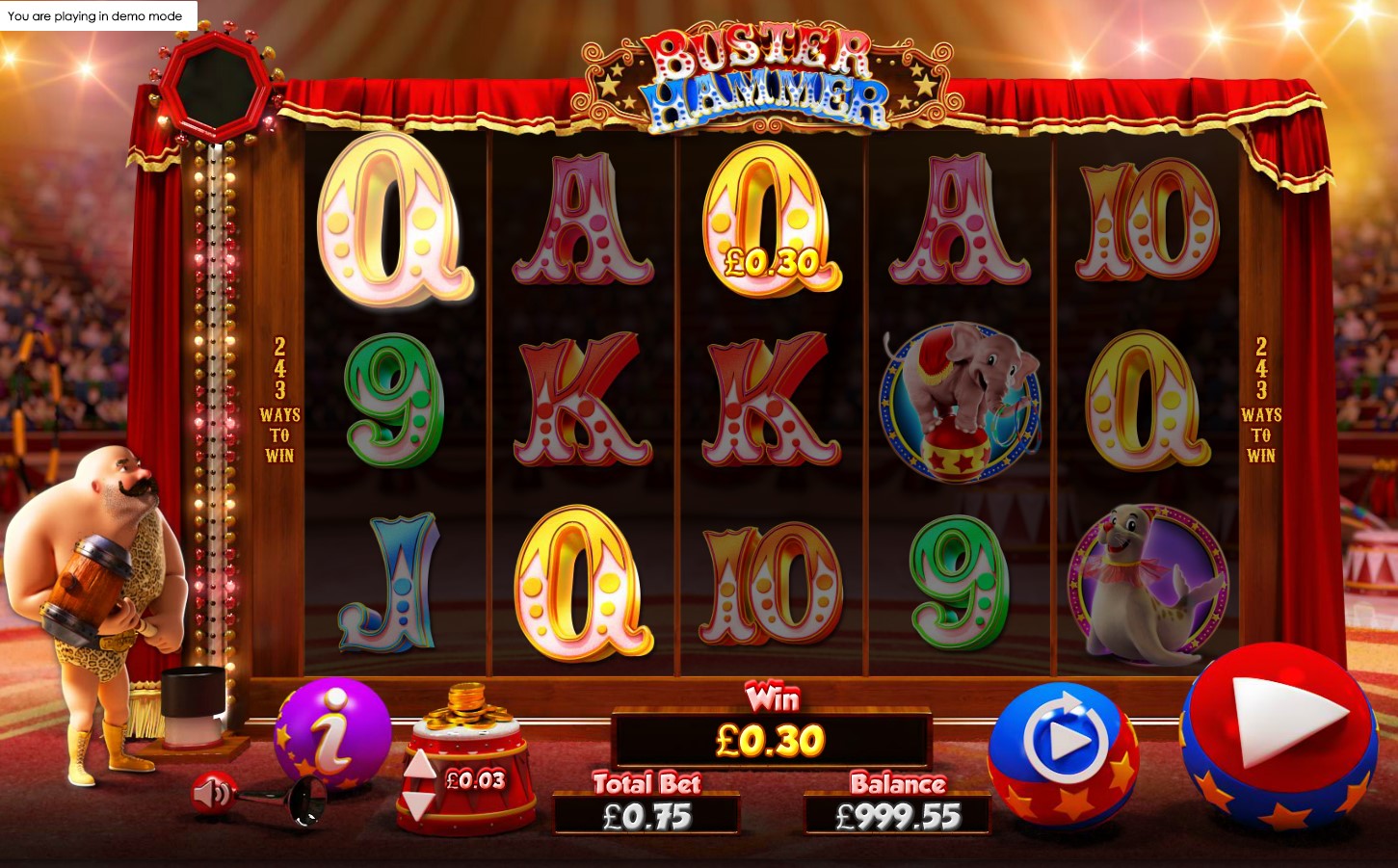 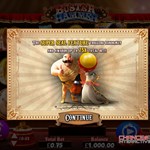 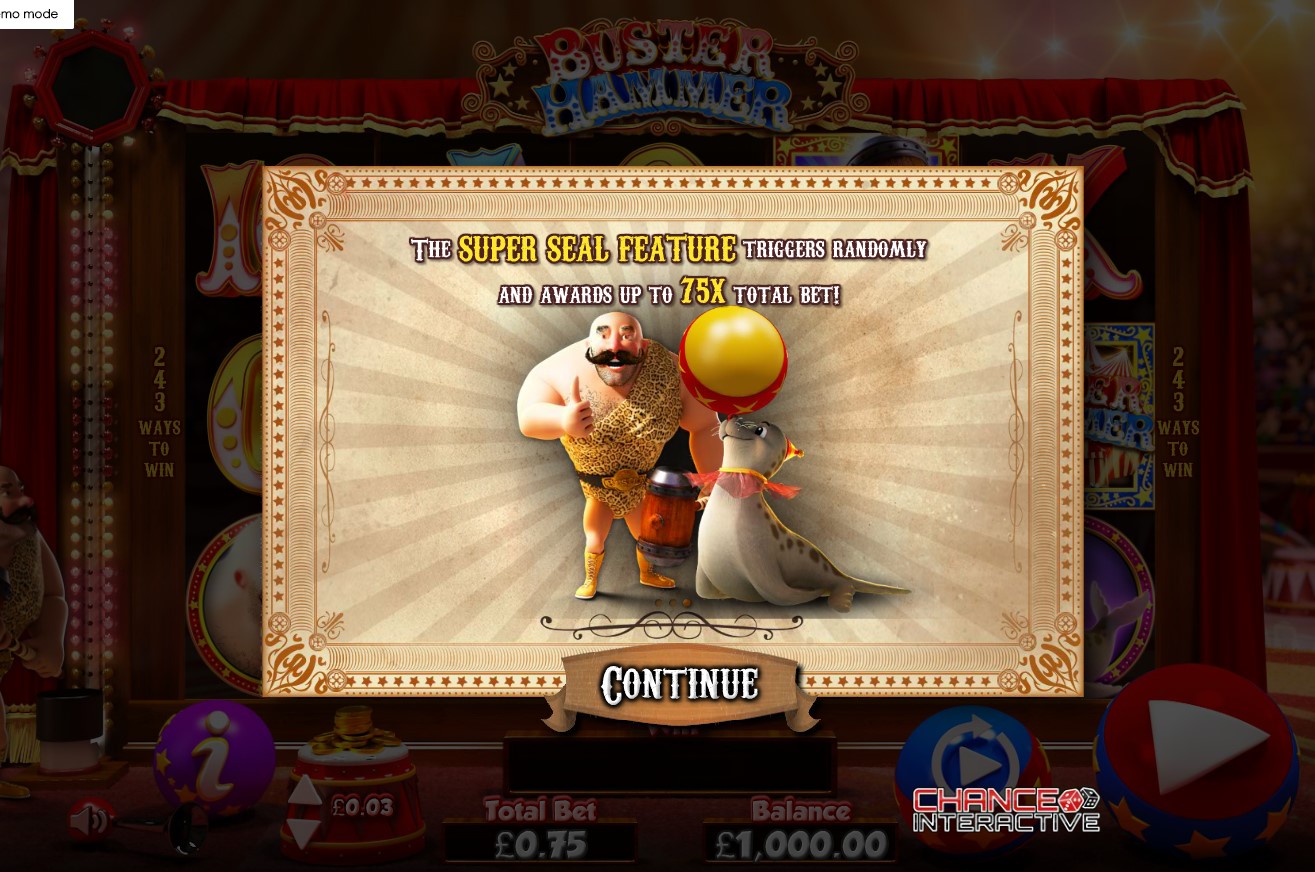 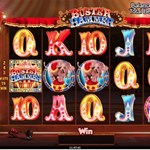 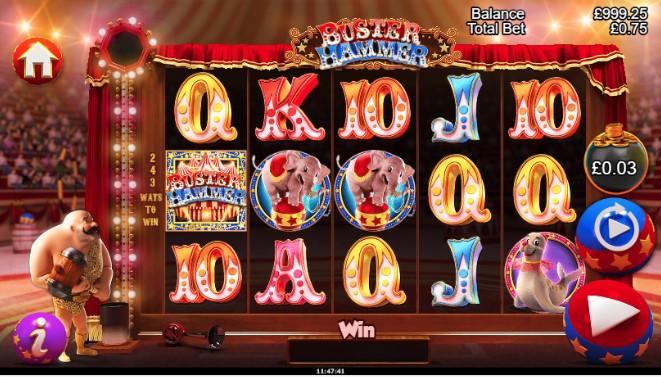 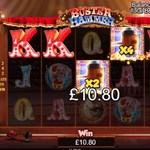 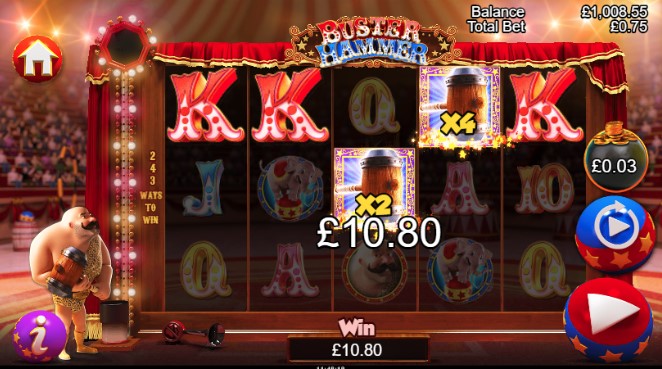 Why You Should Play Buster Hammer

With 243 ways to win, your job in Buster Hammer is to please the audience who have come to watch the circus on desktop or mobile. Bets begin from just £0.01, and there’s brilliant graphics here with some gorgeous 3D animations. It’s time to light up the circus, crank up the atmosphere and get this show on the road. There’s a load of features to help you do so, with Free Spins and the Super Seal Bonus two of the undoubted main attractions.

Buster watches intently from the side of the reels, waiting to spring into action whenever called upon with his mammoth hammer. Symbols include a young-looking lion jumping through a hoop, a baby elephant balancing on top of a red and yellow circus ball, and an up-close mugshot of Buster, with his perfectly groomed moustache on display for all.

Use the up and down arrows to change your bet amount, and press the Spin or Autoplay button to get the reels up in lights. The purple ‘i’ circus ball has various information about symbols, features bonuses and more. You can view your Total Bet, Balance and Winnings directly centrally beneath the reels. All the buttons are shaped like circus balls and props for the live show – another fine feature. Hat-tip to you, Buster.

The Wild symbol is a mighty-looking hammer, like the one clenched by bald Buster to the side of the reels. It substitutes for all symbols on the reels except for the Scatter symbol. Whenever the Wild symbol forms part of a winning combination, Buster will swing his hammer on the high striker, with the multiplier generated helping to increase your potential payout.

Continuing with the circus theme, a rather eye-catching circus tent is the game’s Scatter symbol, which can generate the game’s Free Spins bonus.

Landing at least three on the reels is enough to trigger Free Spins, which cannot be re-triggered. Buster will swing his hammer once again to help you get the best multiplier possible. You’ll be presented with the option of selecting one of the following:

A smiley, happy seal is one of the main attractions at this bustling circus, and the Super Seal Feature can be randomly triggered at any time during the game where you can receive up to x75 your total bet. You receive an initial payout of a maximum x5 multiplier, and Buster will take centre stage once move, having another go on the High Striker with his trustworthy hammer, giving you another multiplier based on what his strength can muster.