Mixing lucky Japanese felines and Chinese dragons, Astro Cat gives you a fun flavour of the Far East, whilst offering exciting features such as the intriguing Reelfecta super reel system that sets it aside from most normal games. 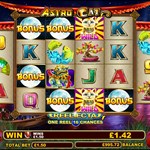 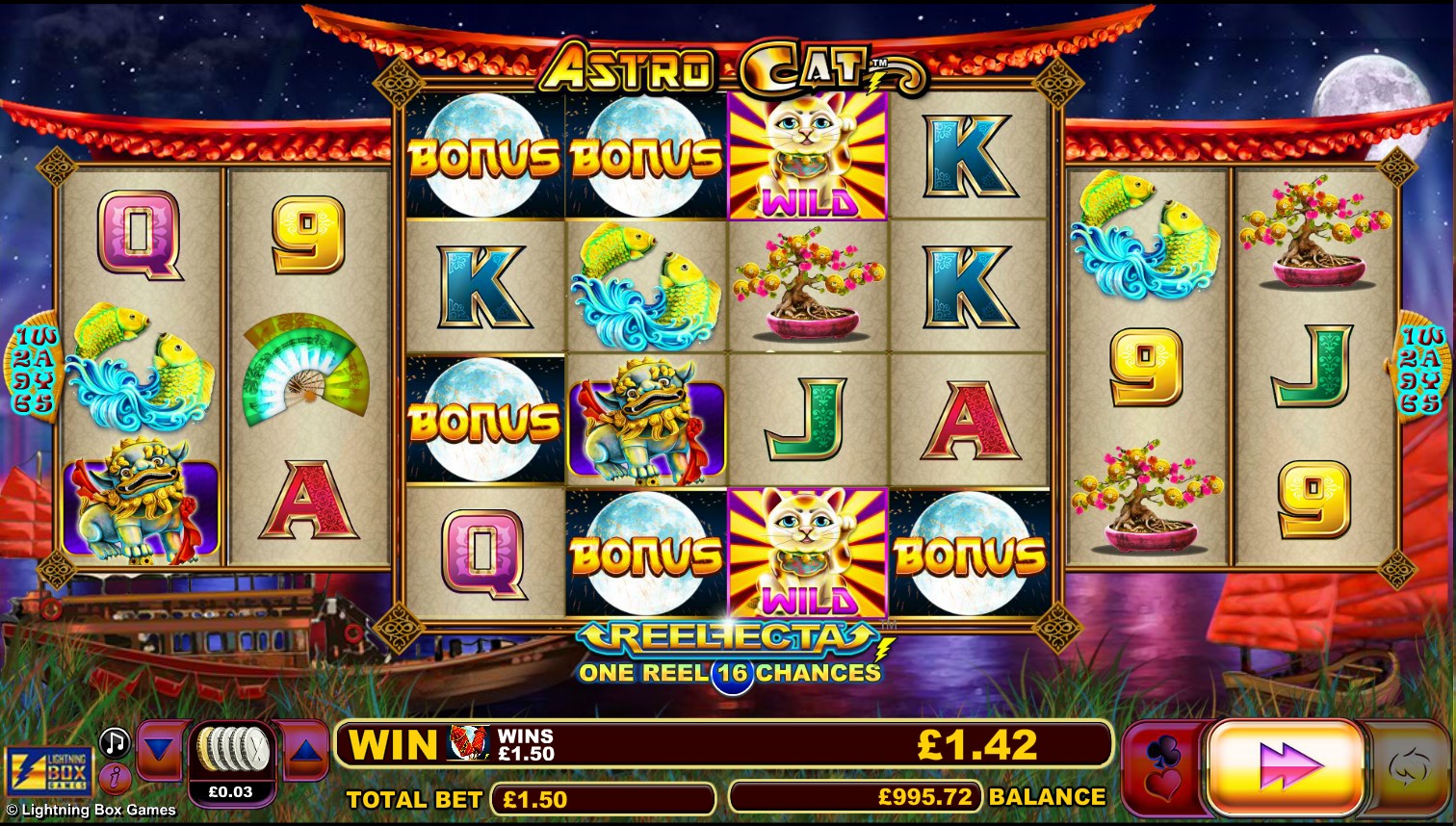 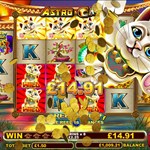 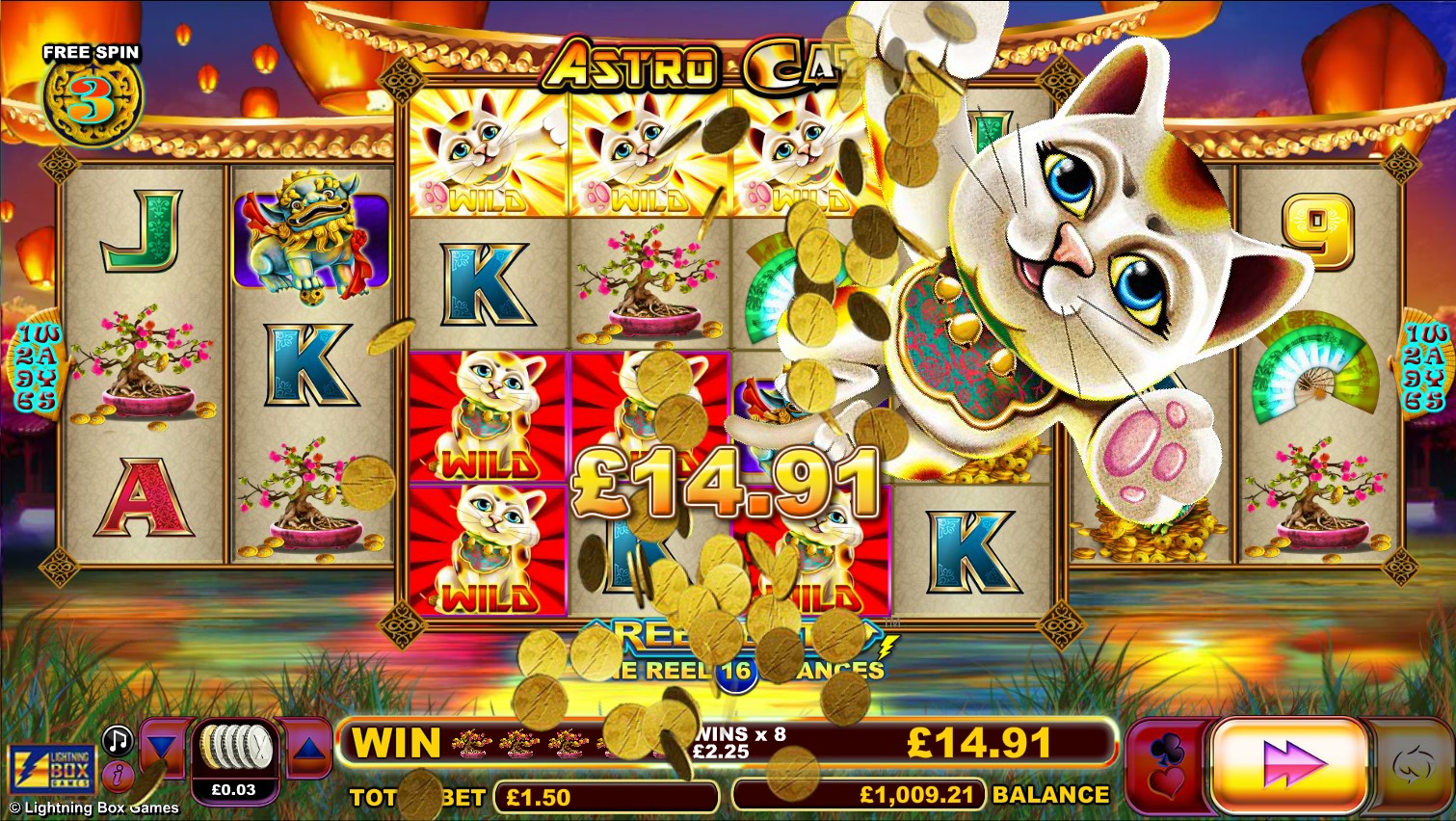 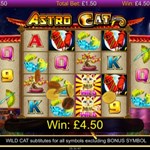 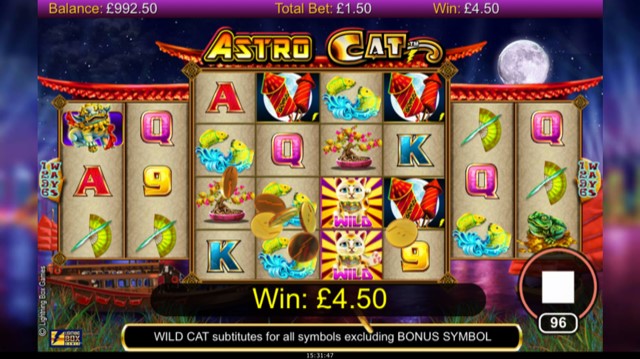 Frolic with Japanese felines across 5-reels and 1,296 paylines

Why You Should Play Astro Cat

This is a fun game, and it draws you in from the start. Set inside an oriental pagoda, the reels sit in front of a bay filled with junks, under the light of a moon that shoots across the sky when you win.

Traditional music is supplemented by the resounding thud of the reels and an upbeat jingle that plays when you hit a winning line. The bigger your win, the longer you hear the tune and it really adds to the bizarre mix of styles that makes this game a winner.

Choose your bet by tapping the up or down arrows by the Coin symbol. Coin values range from £0.01 to £10, providing spins worth between £0.50 and £500. You can use Autoplay to send the reels spinning on their own for up to 100 turns, or simply tap the spin icon for a single turn.

The lucky cat is the Wild, replacing anything but the Bonus symbol, which is a firework. Well, pets traditionally dislike fireworks, right? The Wild only appears on reels three and four, but can become locked on the Reelfecta reel during the Free Spins round to bring in some extra wins.

You’ll notice that the third reel is actually a four-by-four square, featuring 16 symbols. This Reelfecta system increases the chances of making successful lines, although each symbol on the super reel only counts once when it comes to wins.

If five fireworks turn up on your reels, you’re into the Free Spins round, with 12 complimentary goes. Add five more spins by landing three more fireworks. The super reel starts to shift round during this game, with either Wilds or poisons added in. It is possible to create a mega Wild, with all 16 places filled with lucky cats and the potential to pick up some big rewards. However, land the poison and you’re out if luck.

Double or quadruple any win by guessing the colour or suit, respectively, of a mystery playing card. Be careful though, you lose the lot if you’re wrong.